The hate against fragility; against oldies, childs, womans and teenagers

Since the school, I've spotted psychopaths. I couldn't see them really happy, and saw they needing to attack other people for at least doing fake smiles. I didn't studied psychology, but forced to know lots of things about. I know a lot about human psychology (and a few about puppies), but I don't entitle myself as a know-all or a specialist; I'm more a generalist.

Based on my unprofessional knowledge, I understand psychopaths sees themselves as weak. They know they can't be like the people, so they makes the people like them. They likes to find vulnerabilities on people, fragment, mix and use against them. They "feels" satisfaction when seeing a rat - considered weak - and compares it to other people; feeling themselves human and not weak. They're weaker than those people: psychopaths feels the need to join the strong, advertise itself as strong, and attack the weak, while feeling strong.

I see childs immitating puppies while being happy; while psychopaths sees animals as a bad thing when comparing them to humans in a depreciative manner. Every animal haves a bad meaning for them: such as dogs, skunks, monkeys, pigs, mices, etc. Even on food psychopaths can see other people. Evertthing for them is evil.

As supposed (and proved), psychopaths doesn't haves feelings, even when demoing else. They can easily taste a very bitter food without having suffering; their brain are in fault with some transmissors, which is caused by ausence of Oxytocine hormone (even with corrupt psychiatrics saying it isn't related). Womens are more prone of having these hormons, and as pointed by studies, psychopathy is more frequent on mens; related to this is the fact of womens having more sense of smell than men and preferring a tasteful food instead of a strong whisky.

But the focus of this article isn't about psychopaths, but their hate against what they considers weak, to consider themselves not weak. And regarding the above referred article "Everything You Wanted to Know About the Science of Psychopaths", there are some things I don't agree (will point them in other media). No need to mention I don't share the ideology of the author of second article; existence and food are sacred and to be loved.

Talking about their hate against fragile things, lots of words considered good and sweet, are hated by psychopaths:

There are only a few of a lot examples, and I knew it by own experience. Anything they finds good/cute/fragile, they hates. Not only moving things triggers a alarm on their brain, but the simple fact of existing is "reason" to hate. As they can't have a normal behavior of a human (independent of color, gender identity or sexual orientation, in essence humans behave equally), they creates their own label of a winning pattern based on themselves, and anything out of that invented scope will be hated, considered criminal and/or compared to trash, worms, bugs and irrational animals.

I remember when a brotherhood of psychopathy+power (Freemasonry) firstly declared their hate against me. A worker in our house (Rosana, obbeying them) looked at me, and said to my mom:

"Have you heard of the baggy teenager? He says 'mom, fix my computer', 'mom, fix my Internet'". Rosana said that the same epoch my sister were taking my PC to her moto, while a freemason neighboor insulted she. Unfortunately, my sister is like me, and retributed the insult; increasing the hate. Me as teenager on epoch, my sister as women, and my mom as old; the get-fun set the 23-42 aged men psychopaths found on us. As I've said in peeps, if they hates the simple fact of eating and drinking, wouldn't hate the Internet? And they considers computing as a bad thing, as a land of bums. As pointed previously, this is a behavior of psychopaths, which considers anything good as bad and hates everyone that doesn't accepts to be inside their behavioral scope. Baggy is me, or baggy is who were all time spying us?

As expected, psychos can't have own pace. They doesn't haves self-steem, while they lies to themselves; also, who hates others, is because began hating itself. They doesn't knows themselves, doesn't haves own dreams to chase, and doesn't haves their own pathway to follow. To feel themselves human, they needs to live for other humans, while spying, following and manipulating the way of other people; as if people where their motion avatars.

They depreciates oldies as witches/obsolete, childs as dumbs/animals, womans as sexual object/irritant, and teenagers as dumb/monkeys. Everything fragile they hates, because they feel themselves the most vulnerable, and who seems to be "like" them, they attacks as attacking the selves they refuses to believe while not feeling being themselves, with the balm of seeing their suffering (and forgeting it) appearing on others. They says the others are who psychopaths are, and they (psychos) are what people are. People can't be their own self, while psychopaths uses people as their living avatar. The probablity you know a psychopath is 99%. Probablity you're being hiddenly persecuted by one is 65%.

As brazillian, I need to finalize this article by mentioning how the Bolsonaro's followers/colleagues and his "Education" Minister demoed hate against teenagers, which is a risk for the future of the country (as Trump's acts are being immitated on countries such as Brazil).

Yes, they put the music "sweet dreams" as background to the violence the students suffered; music with a title that contains two words psychopaths hates. Yet fixated about relating candy to teenagers, they posted that: 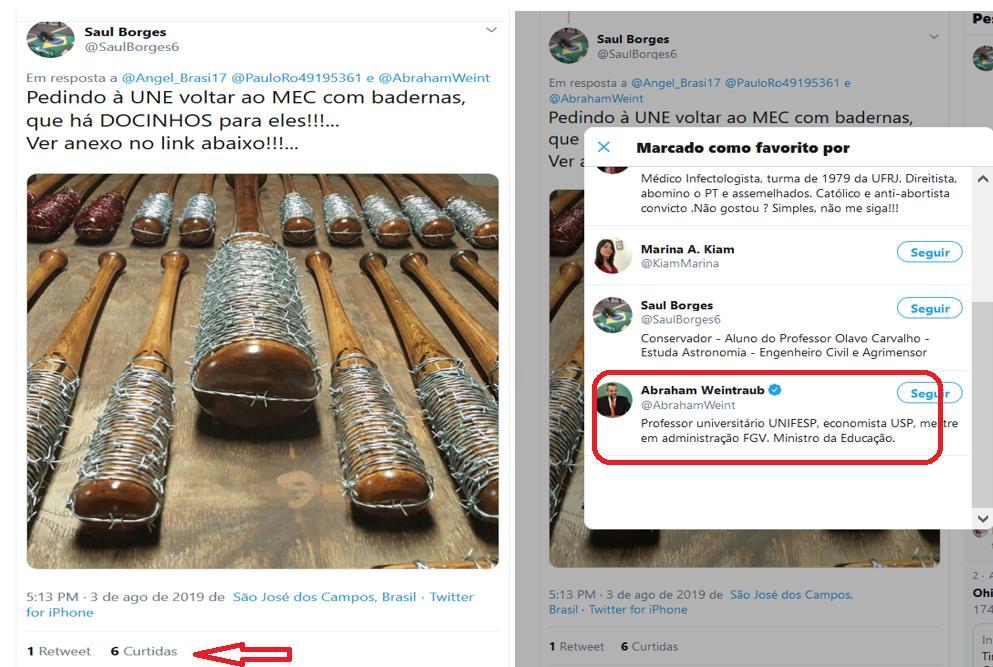 "Asking for students to return with their mess, because there is a little candy for them" - is what he said. Brazil's minister favorited this psychopathic tweet. Freemason's chess strategy to make the minister looking more teenager-friendly and POP? A brand new and iconized profile photo: 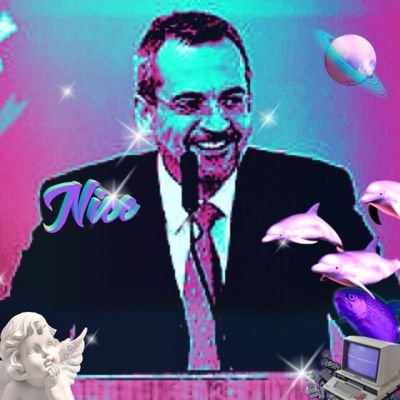 The psyche of the referred minister and his colleagues, can be identified on the very photo.

Since 2016 (and probably before, even without Bolsonaro as president) Freemasonry is using DeMolays to make front groups on universities. 2018 a deputy said for students to video record their teachers when they're saying things against the far-right (reproduction of the military coup of 1964 were cops spied teachers). I will not mention everything that is happening to brazillian education (health, rights, environment and others) which is out of the topic of this article; but any future of any country begins with childs, teenagers and womans.

This is a warn: any far-right (and even the right-wing ones) politician in any country is a psychopath, member of Freemasonry and will do anything against who they consider weak; only the (rich or priviledged) minority of population will be beneficed. Politics doesn't seem to change much, so it is up to individuals to identify psychopaths on everyday and to know everything about.